7 Things You Did Not Know About Marcus Garvey 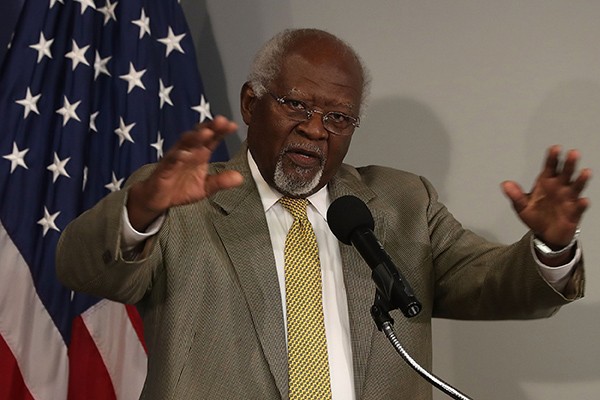 Marcus Garvey (1887-1940), Jamaica’s first National Hero, was the founder of the Universal Negro Improvement Association (UNIA), the largest Black empowerment movement of the twentieth century. Founded on August 1914 in Kingston, Jamaica, with only a few members, Garvey oversaw the growth of the UNIA, which by August 1925 with headquarters in Harlem, New York, had over eight million followers with 900 branches in 40 different countries.

The phenomenal growth of the UNIA was due in part not only to Garvey’s genius and magnetic personality but also to the principles of which he founded the UNIA.

In 1910, when Marcus Garvey, who would later be called “Black Moses,” left Jamaica for the first time, he travelled through Central and South America and then, to England where he witnessed firsthand the widespread degradation of Black people. On his return to Jamaica aboard the SS Trent, Garvey would be further disheartened when a fellow traveler related “horrible and pitiable tales of native life in Africa.” Fortified by his readings of Up from Slavery by Booker T. Washington, Garvey vowed that the Black man “would not continue to be kicked about, as I had seen in Central America, and as I read of it in America.” Then, in a moment that would change the course of history, Garvey asked himself, “Where is the black man’s government? Where is his King and his kingdom? Where is his President, his country, his men of big affairs? I could not find them, and then I declared, I will help to make them.”

Education was at the heart of Garvey’s redemptive movement and in 1916 when Garvey decided to travel to the United States, his sole mission was to secure funds for schools to be built in Jamaica and would be modeled on Booker T. Washington’s “Tuskegee Institute.” However, after experiencing virulent racism in the United States and especially after the East St. Louis riots, Garvey enlarged his focus to include the United States of America. To that end, he founded a newspaper, The Negro World, which could be argued was not a newspaper in the traditional sense.

But The Negro World, which enjoyed worldwide circulation and was published in Spanish, French and English, was not the end of Garvey’s educational ambitions. In 1926, the UNIA purchased Smallwood-Corey (“Liberty University”) in Claremont, Virginia School and a few years before his untimely death, Garvey founded the School of African Philosophy to train future leaders of the UNIA leaders.

Garvey was committed to the education of his people. As he wrote in The Philosophy and Opinions of Marcus Garvey, “Education is the medium by which a people are prepared for the creation of their own particular civilization, and the advancement and glory of their own race.”

As far as Garvey was concerned self-reliance was one of the cornerstones of black emancipation: “The Universal Negro Improvement Association teaches our race self-help and self-reliance, not only in one essential but in all those things that contribute to human happiness and well-being.” (Philosophy and Opinions of Marcus Garvey)

In his seminal work, Race First, Tony Martin asserts, “practically every aspect of the organization [UNIA] was designed to bolster the black man’s self-esteem and to foster pride in self.” Indeed, Garvey often criticized his audiences for their reliance on other races for solutions that could have been found within the Black community:  “Action, self-reliance, the vision of self and the future have been the only means by which the oppressed have seen and realized the light of their own freedom.” (Philosophy and Opinions of Marcus Garvey)

Redemption, education, and self-reliance could only be sustained by a sense of purpose. As a student of history, literature, economics, and politics, to name a few, Garvey often admonished his followers: “No race or people can well survive without an aim or purpose.” This sense of purpose Garvey claimed began from the personal, “We must know beforehand the progress of our existence,” and extended to the collective, “Our racial program of today is a united, emancipated and improved people.” (Philosophy and Opinions of Marcus Garvey)

The UNIA, Garvey insisted was “organized for the absolute purpose of bettering our condition, industrially, commercially, socially, religiously and politically.” (Philosophy and Opinions of Marcus Garvey).

Garvey, who has been called the “black angel of success,” preached a gospel of entrepreneurship and empowerment: “Now is the chance for every Negro to make every effort toward a commercial, industrial standard that will make us comparable with the successful businessmen of other races.” (Philosophy and Opinions of Marcus Garvey)

Garvey understood that political influence was based on economic power. And not the other way around. Until “Africans at home and abroad” understood this clear distinction, they would always be the prey of other races: “A race that is solely dependent upon another for its economic existence sooner or later dies.” (Philosophy and Opinions of Marcus Garvey)

With that guiding economic philosophy, Garvey raised one million dollars to establish the Negro Factories Corporation and offered stock for peoples of African descent to be able to invest in the company. According to the Black Business Network, “It generated income and provided jobs by its numerous enterprises, including a chain of grocery stores and restaurants, steam laundry, tailor shop, dressmaking shop, millinery store (clothing, fashion, hats, accessories, etc.), publishing house and doll factory. In New York City alone, Garvey owned several buildings, owned a fleet of trucks and had over 1,000 Black people working in his businesses.”

It was, however, the purchase of the SS Orion (to be renamed the SS Phyllis Wheatley)that drew the attention of J. Edgar Hoover and the BOI (now the FBI) that led to Garvey’s trial on trumped-up charges of mail fraud and his eventual deportation from the United States in 1927.

There have been critics such as Clarence Walker who have charged Garvey with megalomaniacal pride. Nothing could be further from the truth. Garvey’s public and private life were devoted to the upliftment of “Africans at home and abroad.”

Economic power had to be generated within the community for use within the community. Garvey’s struggle against colonialism, imperialism and the white male patriarchy was not intended for personal aggrandizement. As Garvey explained in his last speech just before he was incarcerated in the Tombs Prison: “Marcus Garvey has entered the fight for the redemption of a country.

From the graves of millions of my forebears at this hour I hear the cry, and I am going to answer it even though hell is cut loose before Marcus Garvey. From the silent graves of millions who went down to make me what I am, I shall make for their memory, this fight that shall leave a glaring page in the history of man.” (Philosophy and Opinions of Marcus Garvey).

One of Garvey’s better-known sayings is “A people without the knowledge of their past history, origin and culture is like a tree without roots.” Without a sense of history and a thorough knowledge of the traditions of African people, his movement to liberate the hearts and minds of Black people would have been doomed from the start.

It is this sense of history that led Marcus Garvey to write in “African Fundamentalism”: “We must canonize our own saints, create our own martyrs, and elevate to positions of fame and honor black men and women who have made their distinct contributions to our racial history. Sojourner Truth is worthy of the place of sainthood alongside Joan of Arc; Crispus Attucks and George William Gordon are entitled to the halo of martyrdom with no less glory than that of the martyrs of any other race. Toussaint L’Ouverture’s brilliancy as a soldier and statesman outshone that of a Cromwell, Napoleon and Washington; hence, he is entitled to the highest place as a hero among men.

Africa has produced countless numbers of men and women, in war and in peace, whose lustre and bravery outshine that of any other people. Then why not see good and perfection in ourselves?” (Marcus Garvey Life and Lessons)