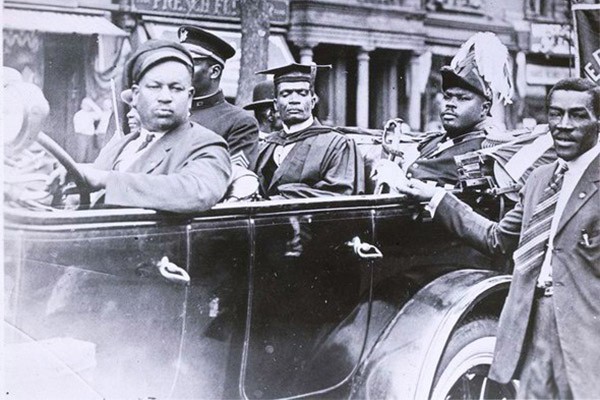 Marcus Garvey is regarded as the leader of the largest organized mass movement in black history and the progenitor of the modern Black Is Beautiful revival that reached its apogee in the 1960s and 1970s in the United States. Hailed by his followers in the 1920s as a kind of political redeemer and dubbed “the Negro Moses,” Garvey has continued to fascinate writers and commentators as well as scholars and researchers.

Although there is today of plethora of scholarly research for students to draw upon, the problem of interpreting Garvey and his movement is still as challenging as it ever was. And yet simply collecting more and more data might not provide answers to the questions that people have always asked. Was Garvey sincere? Did Garvey, in his espousal of the repatriation of blacks to Africa, forsake the rights of African Americans in America? Were his ventures, such as the Black Star Line and the Negro Factories Corporation, honest? Perhaps it is the way the questions have been framed that constitutes a major part of the problem. It is time to start asking a different set of questions and stop looking for answers to old questions.

Although Garvey obviously failed to realize many of his objectives, such as the creation of an African empire or the establishment of a sovereign black state in Africa or an international black economy, he was responsible for putting forward ideas that helped to advance the political consciousness of blacks worldwide. The important psychological liberation from the bondage of racial inferiority that Garvey helped to break (and that Bob Marley sings about in his music) stands as a living, breathing testament to the breadth and depth of the movement he created and its lasting historical significance.

Marcus Mosiah Garvey was born on August 17, 1887, in the tiny seaside town of St. Ann’s Bay on the north coast of Jamaica. As a young man he was apprenticed to a printer and learned the skill of a compositor. He left school at fourteen and eventually moved to the capital of Kingston, where he worked as a printer; at the same time, he patiently acquired the skills of public speaking and participated in debating and elocution contests.

He left Jamaica in 1910 for Central America, settling first in the coastal town of Limón, Costa Rica, where he published a small newspaper. He would also spend time in Honduras and Belize and published another small paper in Panama. After returning to Jamaica briefly in 1912, he again left in 1913 when he moved to England and worked with the enigmatic Sudanese-Egyptian nationalist Dusé Mohamed Ali, in London, on the staff of Ali’s influential pan-African journal, The African Times and Orient Review.

While living in England, Garvey visited a number of European countries, all the while expanding his education and acquiring a new consciousness of the system of imperial and aristocratic power as it reached its climax. It was an auspicious as well as fraught time, for within a month or two of returning to Jamaica, the impending cataclysm that was the First World War broke out. What is now referred to as Europe’s long nineteenth century came crashing to an end; Garvey was swept up, like so many others, in the dramatic and far-reaching changes that the war would usher in on a global scale.

On his return to Jamaica in 1914, Garvey was content at first to preach accommodation to the system of colonial rule. He aspired to open an industrial and agricultural training school modeled on Booker T. Washington’s Tuskegee Institute. Garvey was not unique in this, however, since other blacks, in particular mission-educated blacks in West Africa and South Africa, were attempting to do the same thing under the influence of Washington’s Tuskegee. After writing to acquaint Washington with his efforts in Jamaica, Garvey was invited by Washington to come to the United States. Washington died in 1915, however, before Garvey could leave Jamaica.

Upon his arrival in America in the spring of 1916, Garvey still made a pilgrimage to the world-famous Tuskegee school in Alabama to see firsthand the monument to Washington’s memory. If Garvey went to Tuskegee to pay his respect to the great Washington, who had been such an inspiration, as well as to pay homage to the beacon of black progress and achievement that was Tuskegee Institute, the visit also marked, in historical terms, a changing of the guard. Garvey’s whole political outlook was about to undergo a radical transformation as a result of what he would encounter in America. Up to that point, he had been a follower of Washington in espousing racial accommodation as well as the eschewal of politics. Arriving totally unheralded and unknown in America, Garvey was about to become his own man. He would take the black world by storm, and it would never be the same afterward.

Garvey came to the United States at the dawn of the militant “New Negro” era. Black discontent, punctuated by East St. Louis’s bloody race riots in 1917 and intensified by postwar disillusionment, reached record heights by 1919 with the Red Summer of nationwide racial disturbances. Not long after his arrival, Garvey quietly organized a chapter of the Universal Negro Improvement Association (UNIA), which functioned as a benevolent fraternal organization. Within a few years of this humble beginning, Garvey rose rapidly to become the best-known, most controversial, and for millions, the most attractive and compelling of a new generation of black leaders.

Drawing on a gift for electrifying oratory, Garvey melded Jamaican peasant aspirations for economic and cultural independence with the American gospel of success to create a new gospel of racial pride. “Garveyism” evolved into a religion of success, inspiring millions of blacks worldwide who sought relief from racial dispossession and colonial domination. The UNIA gave this doctrine of racial enterprise a tangible symbol that captured black imaginations when it launched the Black Star shipping line.

By 1920 the UNIA had hundreds of divisions worldwide. It hosted elaborate international conventions and published the Negro World, a widely disseminated weekly that was soon banned in many parts of Africa and the Caribbean. The movement’s dynamic core was Harlem, which Garvey and the UNIA helped make the cultural capital of the black world. During the 1920s the six-block radius surrounding 135th Street and Lenox Avenue contained the UNIA’s international headquarters as well as the cradle of the movement, Liberty Hall, and the offices of all major UNIA affiliated enterprises. UNIA restaurants, shops, and storefront factories spread throughout Harlem, and Garvey and many UNIA officers lived there. During the annual UNIA international conventions, the streets boasted colorful parades led by a regal Garvey, poised in an open car and wearing the plumed hat that became his indelible trademark.

Nearly one thousand UNIA divisions formed throughout North and Central America, the Caribbean, Africa and Britain, as well as a lone division in Australia. Many divisions still met as late as the 1950s; a few remain active even today. By the late 1920s, however, the movement had begun to unravel under the strain of internal dissension, opposition from black critics, and government harassment. Fiscal irregularities in the shipping line gave the U.S. government—spurred on by the young Central Intelligence Agency director J. Edgar Hoover—the basis for an indictment that sent Garvey to prison. The government later commuted Garvey’s sentence, only to deport him to Jamaica in November 1927.

Back in Jamaica, Garvey reconstituted the UNIA and held conventions there and in Canada, but the heart of his movement stumbled on in the United States without him. While dabbling in Jamaican politics, he remained a keen observer of world events, writing voluminously in a series of his own periodicals. His final move was to London, where he settled in 1935. In his last years he slid into isolation, suffering the final indignity of reading his own obituaries a month before his death on June 10, 1940.

African Redemption, the political program of the UNIA, encompassed the territorial redemption of Africa from colonial rule and the spiritual redemption of the black race. Garvey saw Africa as having fallen from a past greatness that had to be restored for peoples of African descent to resume their rightful place in the world. Such redemption could only be achieved by black peoples themselves.

The impact of Garveyism in Africa was considerable. Garvey himself never set foot in Africa, but for many budding nationalist leaders, it was he who first implanted notions of black self-sufficiency and independence. Garveyism had a special tie with Liberia, the black-ruled country created by free and freed African Americans in the early nineteenth century and the primary objective of Garvey’s Back to Africa campaign.

A few Garveyites independently immigrated to Liberia, but the grand UNIA colonization schemes all collapsed in the end. Garveyism also flourished in the Caribbean. More than any other early-twentieth-century political phenomenon, it gave expression to a pan-Caribbean consciousness that crossed insular and political boundaries. Garvey’s teachings functioned as a powerful catalyst for diverse religious interpretations deriving from the notion of black divinity as the spiritual mirror of racial sovereignty. The UNIA program of African Redemption was continuously communicated through the biblical prophecy: “Princes shall come out of Egypt; Ethiopia shall soon stretch out her hands unto God” (Ps 68:31).

At the August 1924 UNIA convention, Bishop George Alexander McGuire, founder of the African Orthodox Church, enunciated the doctrine of a black God and unveiled the black Madonna in Liberty Hall. Various sects proliferated and expanded on the fringes of the Garvey movement or arose from within its fold, such as Black Islam and Rastafarianism, and a major part of Garvey’s legacy was transplanted to the religious sphere.

Garvey’s legacy has also been manifest in the careers of leaders ranging from Kwame Nkrumah of Ghana to Malcolm X in the United States. Borne along on the tide of black popular culture, Garvey’s memory has attained the status of a folk myth. He is daily celebrated and recreated as a hero through the storytelling faculty of the black oral tradition. As the embodiment of that oral tradition transmuted into musical performance, Jamaica’s reggae music exhibits an amazing fixation with the memory of Garvey. Re-evoking spiritual exile and the historic experience of black dispossession, the music of such performers as Bob Marley, Peter Tosh, and Burning Spear presents a Garvey who speaks from the past directly to the present. The result today is that the legend of Garvey functions as an icon of universal black pride and affirmation.